So we were in Bangkok this week, all thanks to BMW Asia. 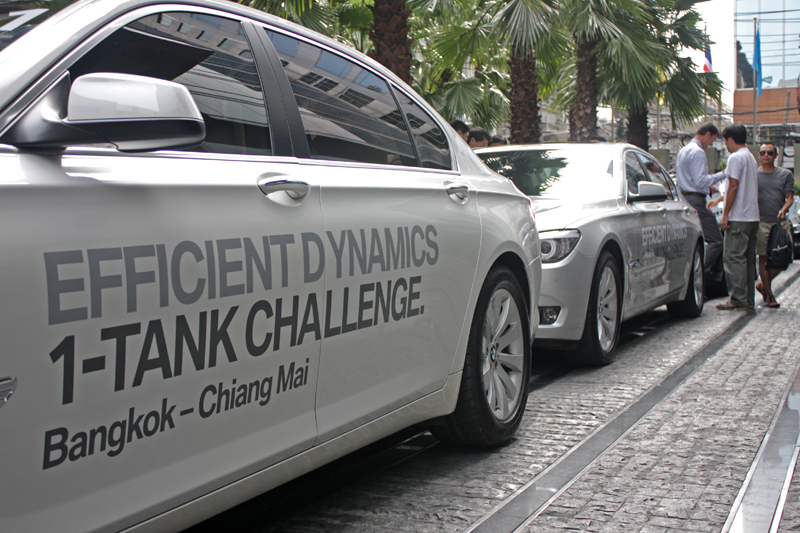 Well, they actually had a challenge for us. No, not the Cannonball Run sort – but something else that is just… rare.

Normally, an economy challenge (of the fuel sort, that is) see drivers driving rather humble bread-and-butter cars filled up with regular petrol trying to clock the highest mileage. But to be rather honest, this exercise is turning passé – ask yourself, do you really bother driving economically on a daily basis? Looking at the daily traffic situation and how us Singaporeans, in general, lack patience when it comes to driving, the entire “economy driving” campaign still has a long, long way to go… 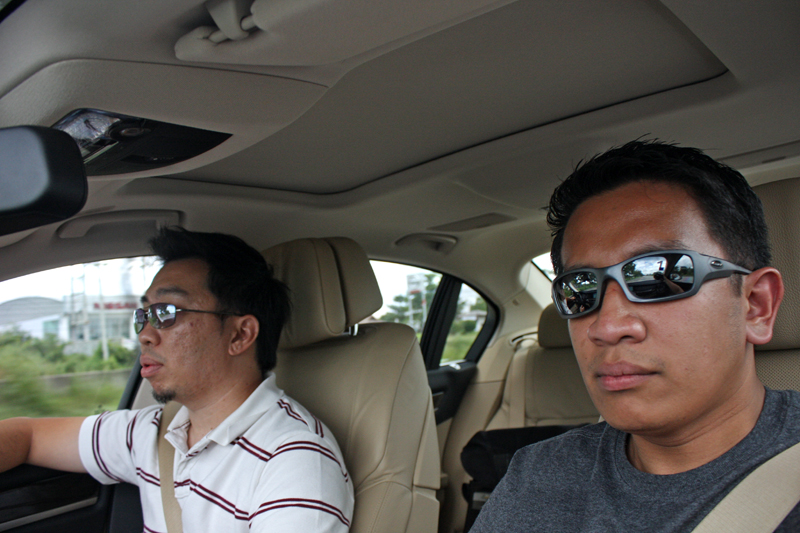 Back to BMW’s challenge for us; See whether we can drive from the heart of Bangkok, all the way to Chiang Mai on a single tank of – get this – diesel. To make things even more interesting, in BMW’s flagship 730 Ld barge. Nope, you’re not reading it wrong – we’re not doing this challenge in an entry-level diesel 1 Series. 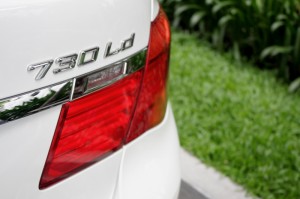 Under the bonnet lies a 2,993cc 6-cylinder, common-rail injection diesel lump that was constructed using mainly aluminium. Thanks to that and other fancy weight-saving elements, this engine itself weighs in only at 175kg. The lighter engine, together with Brake Energy Regeneration comes together to form Efficient Dynamics for this particular model. 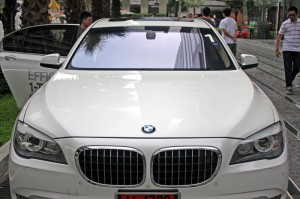 Mated to a 6-speed automatic transmission, the 730Ld is capable enough for 218 bhp @ 4,000rpm (BMW fans should know that this engine has been detuned for Thailand’s market in accordance to the authority’s tax regulation). But here’s the better bit: a potent torque figure of 540Nm that kicks in from as low as 1,750rpm.

It only needs 7.8 seconds to sprint to 100km/h from standstill – respectable, considering it weighs close to two tonnes!

Interior wise, you still get BMW’s typical impeccable quality – luxury fitments like iDrive, rear screen, sprawling legroom for all passengers and massage chair for rear passengers (which all three drivers in the team manage to enjoy during this long trip) come standard. 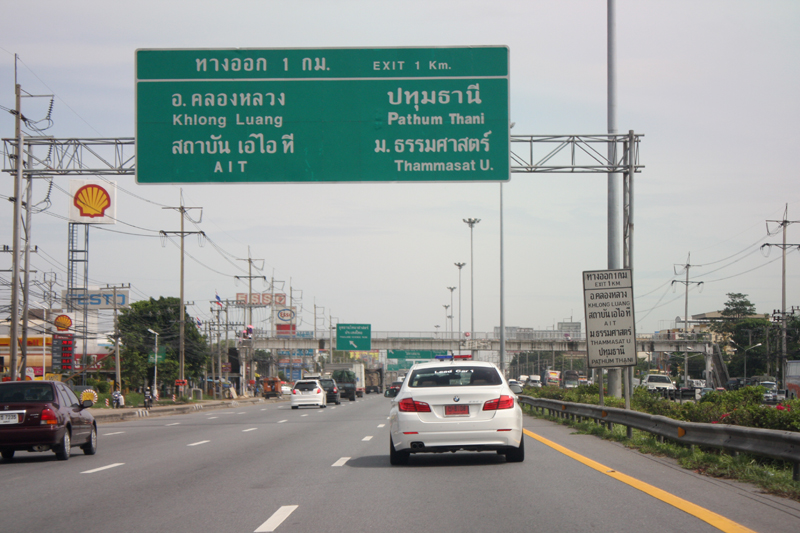 The distance from Bangkok to Chiang Mai is slightly less than 700km, or about 10 hours’ worth of driving, going by the route we took.

After Bangkok, we had to drive across eight other provinces – namely Ayutthaya, Lopburi, Nakhon Sawan, Petchabun, Phisanulok, Sukhothai, Tak and Lampang – before reaching Chiang Mai.

Day 1
After breakfast, we were given a brief of the day’s activity and then formally introduced to our minders – three BMW Driver Trainer from BMW Thailand, and two police officers. Four BMW 730Ld participated, with three drivers – all Singapore’s motoring scribes – in each car. 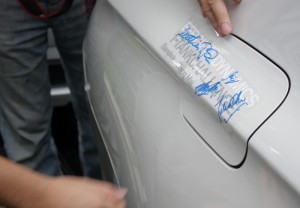 Mr Matthias Pfalz, President of BMW Thailand, then signed and sealed every car’s fuel door. This is to ensure that nobody is able to refill their car until the designated petrol station in Chiang Mai.

At 9:30am sharp, the convoy departed from Novotel Bangkok Ploenchit. It was a seamless drive despite the traffic jams in Bangkok – well, it’s useful to have police outriders and a lead and sweeper car fitted with LED beacons around here… 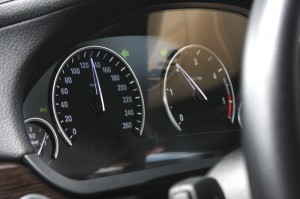 Barely an hour into the journey, the convoy met its first stumbling block – an accident and following traffic jam along a stretch of highway in Ayutthya delayed us by a good 45 minutes.

The journey continued after at a slightly higher speed to make up for loss time. Ahh… The privilege of being escorted by cops.

Along the way, we even drove past flood-hit areas in Nakhon Sawan and Sukhothai. It was truly a heart-wrenching sight – farms, paddy fields and lands submerged, damaged cars and houses, to the extent of villagers having to set up temporary homes by the side of the road.

As day turn into evening, we are met with deteriorating roads – some stretches beautifully surfaced, while others were, pretty much, pothole-laden, sandy or severely damaged. 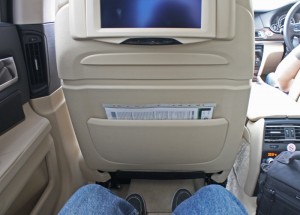 Check out the legroom available!

Be it as a driver or a passenger, the 730Ld remains a comfortable car particularly in Comfort mode. Road irregularities don’t send scary scuttles into the cabin, and wind and road noise were kept at a minimum. Also surprising? The diesel engine that doesn’t seem to make any rough clattering!

The 730Ld remains an enjoyable car for the enthusiastic driver – swap to Sport mode, and you get to enjoy the stiffer suspension, weightier steering and sharper throttle response. Besides that, it doesn’t seem to complain when driven hard into chicanes, with body-roll almost non-existent. Really makes you wonder why this car is not introduced to Singapore’s market…

At the end of the day 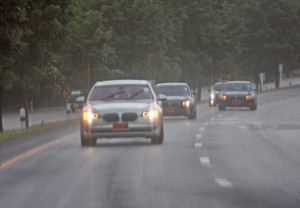 Finally at 7:30pm, we arrived at the designated petrol station just after the border of Chiang Mai.

Total mileage covered? 696km. Total diesel consumed? Slightly below 51-liters. And according to the onboard computer, we were averaging 13.8km/L for this entire journey (keeping in mind we were hitting non-conservative three-figure speeds along some stretches) – how’s that for a luxo barge as this? Impressive, isn’t it?

After all the joy and celebrations (the burnpavement.com team in car number 1 came in third overall), we headed off to Verandah Chiang Mai Resort for the night. 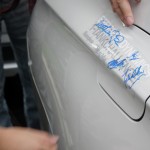 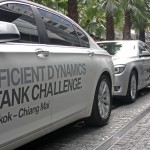 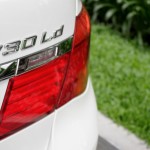 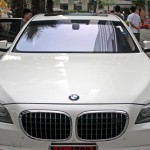 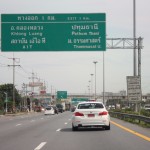 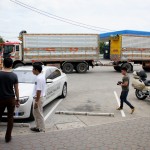 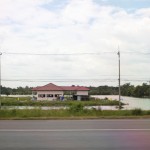 A flood hit area along the way to Chiang Mai 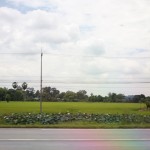 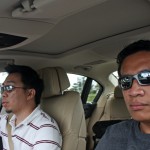 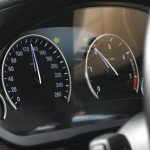 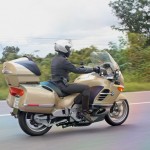 One of the two police escort – and they ride BMWs too! 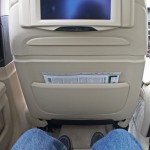 Check out the legroom available! 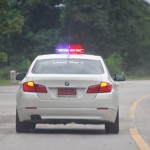 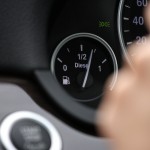 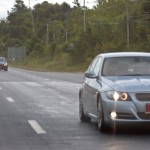 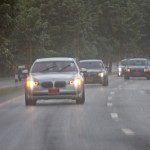 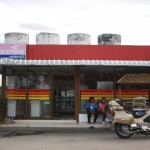 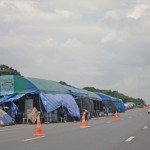 Flood victims setting up temporary shelters by the side of the road.

Shout, shout and let it all out!